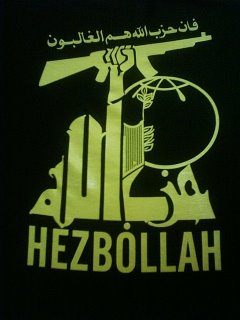 Hizbullah FAQ
By Muslim Affairs Team
Click for picture gallery.
Continual Israeli assault on Lebanon brings back memories of long years of carnage and chaos in a country that seems to be forever war-torn. In order to facilitate our readers' understanding of the conflict in Lebanon, we offer these brief questions and answers about Hizbullah.
What is Hizbullah?
How was Hizbullah established?
Where is Hizbullah based?
Does Hizbullah have a political role in Lebanon?
What is Hizbullah's problem with Israel?
How popular is Hizbullah in Lebanon and the Muslim world?
Is there a difference between Hizbullah and al-Qaeda?
Suggested readings
What is Hizbullah?

Hizbullah logo showing its name with the relevant verse at the top
Linguistically, Hizbullah is two words, hizb and Allah, which are Arabic for "The Party of God." The name of the organization is inspired by verses in the Qur'an that mean the following:
{Your guardian is Allah, His Messenger, and the believers — those who establish regular prayers and regular charity, and they bow down humbly. And whoever takes Allah and His Messenger and those who believe for a guardian, then surely the party of Allah are they that shall be triumphant.} (Al-Ma'idah 5:55–56)
Hizbullah is a Lebanese organization with a number of large-scale establishments offering a wide range of services. Beside its military wing — the Islamic Resistance — it has research, social, health, education, and media activities that, after the end of Lebanon's 15-year civil war, have developed more significance domestically than its armed resistance. Hizbullah is also an active participant in Lebanese politics.
How was Hizbullah established?

Imam Moussa Sadr
Hizbullah was established in 1982 in the predominantly Shiite south of Lebanon. It has its roots in the mid-1970s when Iranian cleric Imam Moussa Sadr, who moved to the south of Lebanon in 1960, established the Movement of the Deprived. The movement called for the rights and the protection of the impoverished in the south of Lebanon, with Amal as a military wing that fought in the civil war.
Imam Moussa Sadr disappeared during a visit to Libya in 1978. He continues to be mentioned in the speeches of Hizbullah Secretary General Sayyid Hassan Nasrullah, with references to the Movement of the Deprived, which remains alive in the ideology of Hizbullah.
With the 1982 Israeli invasion of Lebanon, Hizbullah emerged with the direct aim of resisting the military occupation and bettering the conditions of Lebanon's Shiite community of the South.
Hizbullah emerged in 1982 with the direct aim of resisting the Israeli occupation.
Throughout the 1980s, as the civil war continued, the power of Hizbullah increased dramatically. It eventually supplanted Amal in the environs of Beirut. Hizbullah's resistance to the Israeli invasion continued to mount. Its guerilla war against the Israeli army developed further and created a draining effect that paved the way for the Israeli withdrawal in July 2000, leaving Shebaa Farms, a disputed part of Lebanese territory, under continued occupation.
Where is Hizbullah based?
Click for map of Southern District.
Hizbullah strongholds in Lebanon reflect the demographic distribution of the religiously and ideologically heterogeneous Lebanese people. It is a Shiite organization that emerged as a product of the grievances of the Shiite community of the South.
Hizbullah's headquarters and offices are based in the predominantly Shiite Southern District of Beirut, with its services reaching far villages in the South.
Hizbullah confines its military activities to the south of Lebanon and across the border with Israel. It has no official representation outside Lebanon.
Does Hizbullah have a political role in Lebanon?

Hizbullah's Secretary General Hassan Nasrullah (L) and former Prime Minister and current MP Michel Aoun, a Christian Maronite
Hizbullah holds 23 seats in Lebanon's 128-seat Parliament. It has one minister in the cabinet, Energy and Water Minister Mohammad Fneish, and it endorses Labor Minister Tarrad Hamadeh.
In Lebanon's first post-civil war parliamentary elections in 1992, Hizbullah won 12 seats. It subsequently participated and won seats in the 1996, 2000, and 2005 parliamentary elections.
What is Hizbullah's problem with Israel?
Hizbullah was established with the purpose of liberating Lebanon from Israeli occupation. Apart from its belief that Israel is an illegitimate state that was established on an occupied land, Hizbullah has two pressing issues after the Israeli withdrawal from South Lebanon in 2000: the dispute over Shebaa Farms and the Arab prisoners in Israel.
Click for map of Shebaa Farms.
According to the Lebanese government, Shebaa Farms is part of Lebanon; however, Israelis argue that it is part of the occupied Syrian territory. Shebaa Farms has a strategic importance because it overlooks the occupied Golan Heights. Syria supports the Lebanese position with regard to the disputed area.
Hizbullah has also been calling for the release of Arab prisoners in Israel. Approximately 10,000 Palestinian and Arab prisoners, including 2,000 Lebanese, are held in Israeli prisons. In a German-brokered swap that took place in 2004, 430 Lebanese and Palestinian prisoners were released in exchange for the bodies of three Israeli soldiers and an Israeli businessman. However, the fact that a large number of Arab prisoners are still held in Israel urged Hizbullah Secretary General Hassan Nasrullah to warn that they would capture more Israeli soldiers with the purpose of swapping.
How popular is Hizbullah in Lebanon and the Muslim world?

Hizbullah hospital in the southern town of Nabatieh
Being an Islamic Shiite group, Hizbullah enjoys the support of many of Lebanon's Shiite Muslims, who are concentrated in Beirut's Southern District and the south of Lebanon. It is important to note, however, that not all Lebanon's Shiites are supporters of Hizbullah.
Hizbullah provides extensive civil services in the fields of research, health, education, social welfare, and the media. These activities strengthen Hizbullah's appeal, credibility, and support among many in Lebanese society.
Examples of Hizbullah's civil activities include the following:
Emdad Committee for Islamic Charity aims at alleviating social hardship of the South's population, who were most affected by the Israeli occupation of the south of the country.
Al-Shahid Social Organization supports the families of the resistance's fallen.
Al-Manar TV is a satellite channel broadcast by Hizbullah.
Al-Jarha Association helps wounded resistance fighters build a future for themselves.
Hizbullah's success in pushing Israel to withdraw from South Lebanon in 2000 gained it respect across Lebanon. Syria's withdrawal from Lebanon in 2005, in compliance with UN Security Council Resolution 1559, left Hizbullah's military wing as the most powerful existing military force in Lebanon. This gave many Lebanese the conviction that Hizbullah is the only entity capable of defending Lebanon's territorial integrity.
Outside Lebanon, many ordinary Muslims see Hizbullah as one of the few entities that dares to challenge Israel — backed by the United States — and that succeeds in making military and political gains. Hizbullah's appeal among the masses has risen with each Israeli assault on Lebanon.
Is there a difference between Hizbullah and al-Qaeda?
Hizbullah is considered a legitimate resistance movement by the Lebanese government.
Yes. Hizbullah is a Shiite Lebanese organization with a clear organizational structure and official representation in its country. It is a politically active party with various social, health, and academic services that benefit a large segment of Lebanese society. Its militant wing was recognized by the Lebanese government as a legitimate resistance body against the Israeli invasion of the South, which ended in 2000.
Hizbullah is armed with long-range Fajr, Raad, Kassam, and Katyusha missiles supplied by Iran and, allegedly, Syria.
Hizbullah is branded terrorist by Israel, the United States, the United Kingdom, Canada, and Australia. It is considered a legitimate resistance movement by the Lebanese government and a number of other key official bodies.
Al-Qaeda, on the other hand, is a global Sunni network with no clearly recognizable headquarters, bases, or boundaries for its operations. It is often associated with key figureheads such as Osama bin Laden and Ayman al-Zawahri, but those are the only two individuals who are known to be speaking on behalf of the network. It is branded terrorist by all official bodies.
Suggested Readings
Ajmai, Fouad. The Vanished Imam: Musa al Sadr and the Shia of Lebanon (New York, Cornell University Press, 1986)
An Nahar Arab Report Books 4: Guerrillas for Palestine, ed. Riad N. El-Rayyes and Dunia Nahas (Beirut, 1974)
Dawisha, A. Syria and the Lebanese Crisis (London, Macmillan, 1980)
Deeb, Marius. The Lebanese Civil War (New York, Praeger, 1980)
Fisk, Robert. Pity the Nation: Lebanon at War (Oxford, Oxford University Press, 2001)
Gordon, David C. Lebanon: The Fragmented Nation (London, Croom Helm, 1980)
O'Brien, Conor Cruise. The Siege: The Saga of Israel and Zionism (London, Weidenfeld and Nicolson, 1986)
Schiff, Ze'ev, and Ya'ari, Ehud. Israel's Lebanon War (London, George Allen and Unwin, 1985)
Yerminya, Dov. My War Diary: Israel in Lebanon (London, Pluto Press, 1983)
Posted by Dewangga Sakti at 21.7.06 No comments: 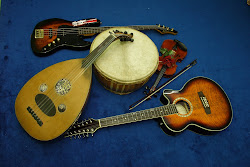 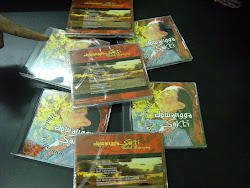 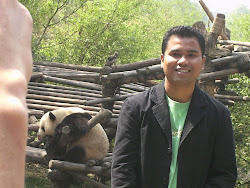 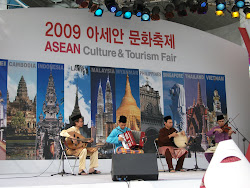 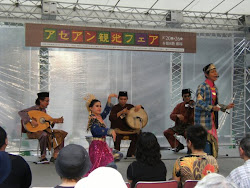 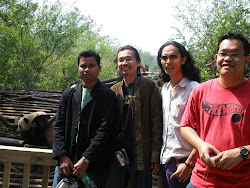 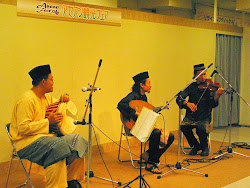 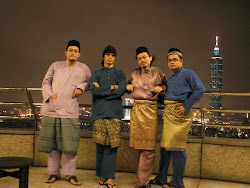 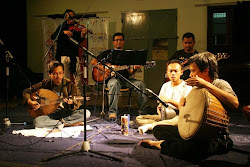 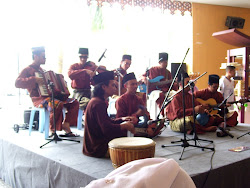 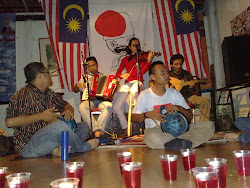 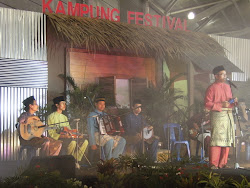 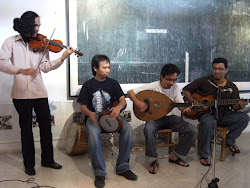 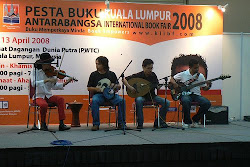 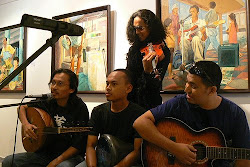 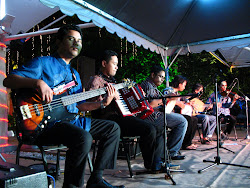